My name is Maggie Brennan and I am an alumna of SRB, class of 2015. After graduating from SRB I went to Resurrection College Prep (class of 2019) and I am now about to start my senior year at Loyola University Chicago.

I feel that SRB was a great kick starter to my education. I moved to Jefferson Park from Park Ridge in fourth grade. I was extremely nervous to start over at a new school, and on top of that I had never gone to a Catholic school before. My first day was on Valentine’s Day. I arrived at the side entrance to wait for my first day to start and I was instantly greeted by my new classmates. I felt so relieved to meet so many nice people on my first day at a new school. From then on, I knew I would fit in. Read More 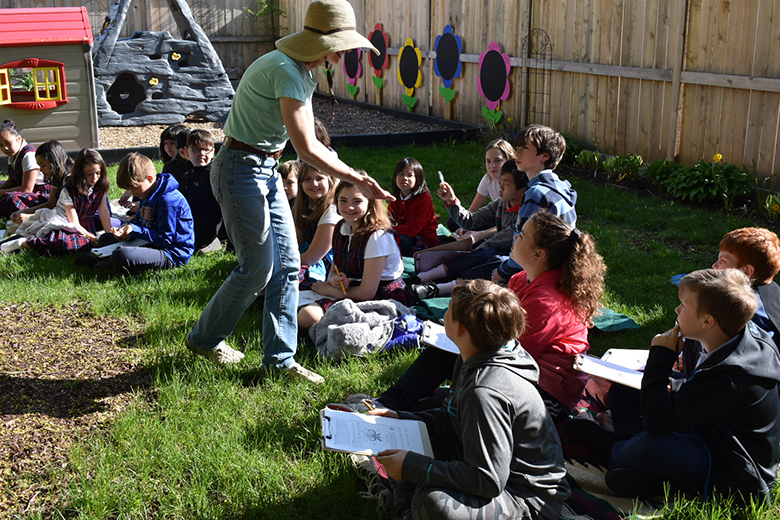 Spring has sprung and the SRB Learning Garden that was dedicated back in August to the retiring Sisters of Notre Dame de Namur is full of new growth and young students!

School parent Christina Horbinski has stepped into the role of head gardener for the space, after playing a key role in the massive clean up and planning efforts involved in getting it up and running along with other key players including James Ouper, Kim Nigro, and Giovanni Benincasa.

“When I first heard about the fundraising and planning efforts for the garden, I decided I had to get involved.”  Read More

After 16 years as principal of St. Thomas the Apostle School in Crystal Lake, Deanne Roy has returned to her roots on Chicago’s Northwest side to guide our St. Robert Bellarmine community as its new principal.

“I grew up in this neighborhood! I feel so blessed to be back here. The timing was just right as all three of my sons were off to college.” Read More

Cattie Tenzillo (“It’s pronounced ten-zil-o—it’s Italian”) joins us for the 2018-19 school year from Holy Family Catholic Academy in Inverness, where she taught third through fifth grade. She also served as a lead teacher, a good introduction to serving as a school administrator.

“I had a hand in all different things including hiring and advancEd. Staff would often came to me with questions.” Read More 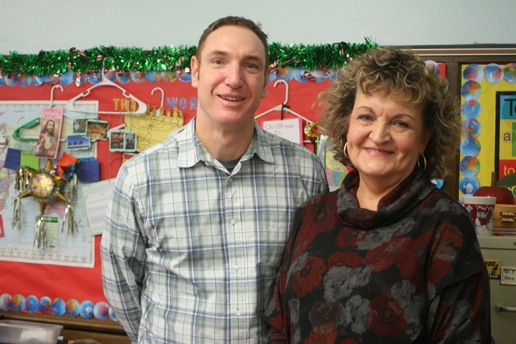 Time to Fly | On preparing students for life after St. Robert Bellarmine

Giovanni Benincasa is a product of Catholic schools and went on to teach high school English at two of Chicago’s premier selective enrollment schools. He is also a father of 5. So when it was time to choose a school for his own kids, he was well versed in what a great school should provide. After an increasingly unsatisfactory experience at a local public school, he chose St. Robert Bellarmine for his elementary school aged children. Read More

As anyone who has made a trip to the main office during a school day can attest, that place can get very busy. Christine (Chris) Wilson, Gloria Greifelt, and Angel Lanzito are SRB powerhouses that answer the phones, make the copies, bandage the boo-boos, and greet everyone that walks in the door with a welcoming smile. How do they do it? It turns out they really like each other and everything SRB stands for.

“I dare anyone to try one 8-hour shift in this office,” said Chris (née Majewski) Wilson. “It’s crazy in here!” Read more. 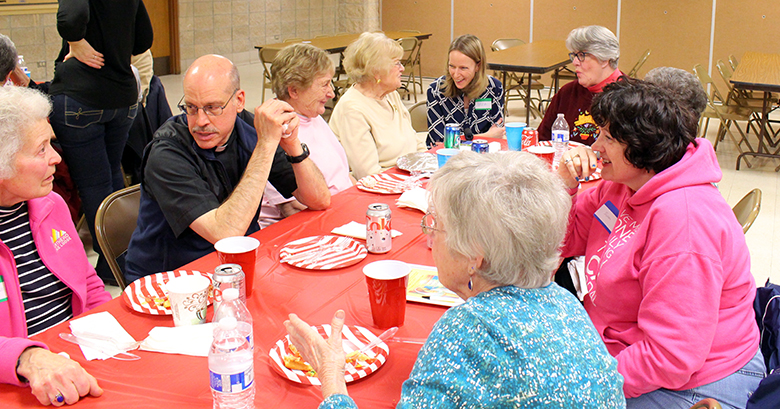 “Are you going to put this in a shell and bury it?” – Loretta Swiatak

Late January, we interviewed several long-time parishioners of St. Robert Bellarmine to find out how they found our parish, reflect on some of their favorite memories here, and also, why they chose to stay all these years. Some came to SRB because it was the closest church or school. But then they stuck around. The stories that surfaced deserve more attention than storage in a time capsule. Read more.

Stories from “The 5 O’Clockers” – Part Two

Stories from “The 5 O’Clockers” – Part Three 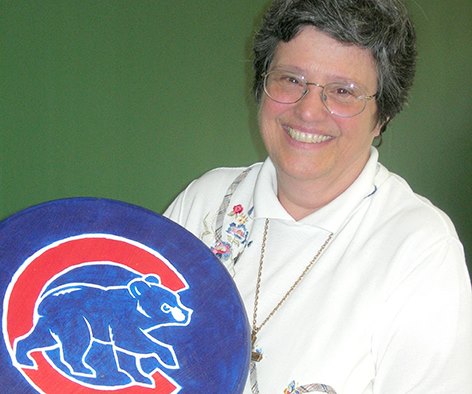 “Education is the greatest work on Earth.” – St. Julie Billiart

St. Robert Bellarmine has been lucky to have many great educators since its founding in 1931, and one such teacher, advisor, and friend of SRB is Sister Ann Fanella. Read more.

The Calcagno Family | Classes of 2005, 2006, 2010 and 2011
The Calcagnos sent four kids through SRB that are all now enjoying success in college and beyond. Read more.

Stories From Alumni | Eric Vicens, Class of 2001
Eric’s parents enrolled him at St. Robert Bellarmine  with hopes that he would be given a quality education and safe environment to grow in mind, body, and spirit. Eric is now a social worker in Chicago supporting people in need facing crisis and overcoming some of life’s most difficult challenges. Read more.

Do you have a story, a memory, or an old photo you’d love to share?
Please share with marketing@srb-chicago.org.